Previous Next
MTI Application Note: Security of Flight Doors Improved Through Use of MTI-2100 Fotonic Sensor 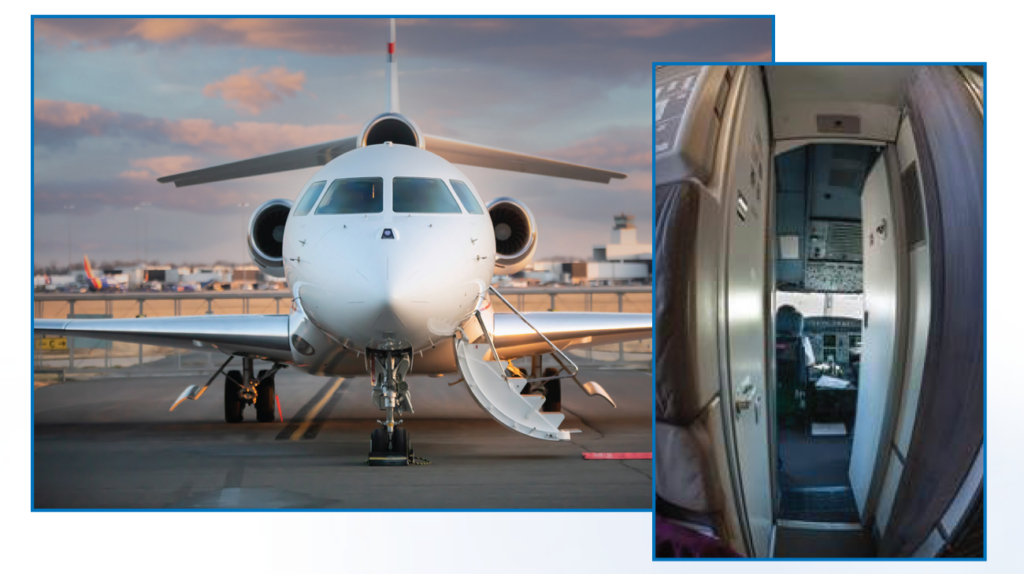 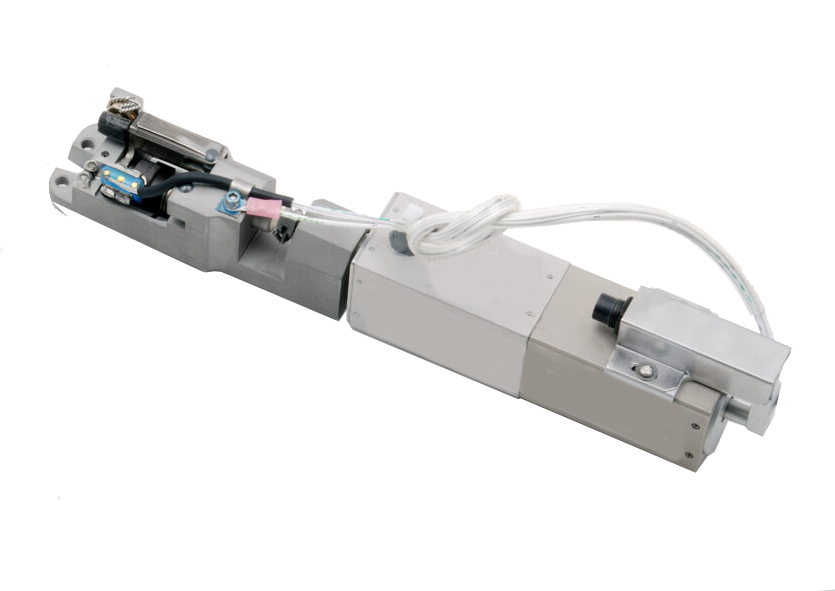 NTSB safety records point to numerous incidents involving cockpit door locking/unlocking mechanisms, either accidentally opening/closing or not operating fast enough upon command. In the assembly and testing of these door locking mechanisms, a reliable and repeatable method was needed to determine how well the mechanism responds to instantaneous cockpit open/close commands.

A key supplier to the aerospace industry who manufactures many types of solenoid door latches was faced with the requirement to measure the motion of the lock plunger. These latch assemblies, a key safety feature in flight deck door locking systems, must quickly and positively seal aircraft cockpit doors against unauthorized cockpit entry but also be capable of opening upon a sudden loss of cabin pressure.

Since the solenoid latch needs to complete the locking or unlocking cycle in as quickly as 13 milliseconds, it was critical to accurately track the fast motion of the plunger with a measurement system having a frequency response in excess of 100,000 Hz.

Because of limited access to the interior of the cockpit door plunger/solenoid assembly, a compact, rugged and fast response sensor would be needed.

After a thorough analysis by MTI Instruments’ application engineers, the MTI-2100 Fotonic sensor was selected to make this measurement. The MTI-2100 transmits a beam of light through a fiber optic bundle onto the target surface and the amplitude of the reflected light returning back to the probe generates a very precise curve of volts vs. distance. With a response time of up to 200 kHz, there is minimal phase delay in measuring the solenoid motion and the probe is also immune to any electromagnetic interference (EMI) present in the vicinity of the latch assembly.

The MTI-2100 Fotonic sensor was tested at the suppliers’ facility and was able to precisely capture the solenoid plunger motion. An unexpected discovery while testing the system was that it was also able to see previously unknown plunger oscillations due to the solenoid striking the solenoid back stop. Since these oscillations can severely affect the solenoid performance and limit response time, careful analysis of this data resulted in an improved product design with an increase in speed and performance.

The MTI-2100 can be easily adapted to measure other similar devices such as actuators, plungers, valves, fuel injector nozzles and many other types of electrically actuated devices in which a contact device would affect the target movement and worse yet, not have the speed-of response.

The MTI-2100 Fotonic Sensor is able to measure motion through jet fuels, gasoline, oils, water and other liquid mediums and because of the passive fiber optic bundle, it is ideal for use in locations where there are hazardous chemicals or volatile gases present. Bent tip probes can be provided to reach into inaccessible or hard-to reach locations and high temperature probes are designed to work in the most hostile and extreme environments. Target sizes as small as 0.17 um (0.007”) can be measured.

In addition to the solenoid application as outlined above, the MTI-2100 proven fiber optic based Fotonic Sensor offers a practical solution to many challenging motion/position measurements.